Estimated reading time: 16 min (plus viewtime of the press event…)

In this post I’ll first show you my “live” thoughts on everything you can see in the press  event video, then talk about what the neuroscience twitterverse thinks, and give my comments about how it may or may not relate to gaming.

Sooo. Neuralink, huh? Everyone and their mother in brain tech and research has heard about it, they had their second press event! I’m a bit late to the party because I was on vacation and instead of throwing a quick comment I thought I would discuss the things in more detail. It’s a long read but I hope you find it interesting, feel free to leave a comment here or in the discord:

But first, in case you don’t know what Neuralink is: It’s a company founded by Elon Musk which is supposed to create brain-machine interfaces (BMIs) with significantly higher fidelity than the state of the art, and ultimately even without a surgical procedure to open the skull. The core idea is that in a distant future artifical intelligence will be uncontrollable and thus we humans need to merge with it to not fall into the pit of irrelevance.

While we scientists may think that’s a relatively naive idea, honestly, this guy has proven a few times that incredible things are possible. I’ve been following the news since it started a few years ago, and while I generally think it doesn’t really affect me for now, I can very well imagine that it may become a super relevant thing for humanity in general, and of course also for us researchers specifically. If you want to dig deeper into the motivations of Neuralink and learn about BMIs, have a look at this Wait but Why article about Neuralink, which is actually endorsed by Elon Musk.

I noted the following thoughts while watching and pausing, so I encourage you to do the same if you haven’t watched it yet.

Generally, all the stuff is impressive but does not really go super far beyond what is being done already. Refined, by a lot, yes, but nothing fundamentally new. Everyone has great positive thoughts, but not much talk about potential issues. I am personally very concerned about the ethical implications which seem to be rather underappreciated at Neuralink.

This seems to be also the general consensus in the neuroscience community. Check out a few tweets and the following discussion below, these happened right after the press conference:

So, this @neuralink demo. Didn't see it but is there anything that goes beyond bmi state of the art in there? I mean I have seen many real time rasters before.

My TL/DR from the discussions I have seen: The robot is cool, many ideas, not many facts, generally similar things have been done by renowned science labs, but it is impressive from an engineering standpoint that Neuralink can catch up relatively fast and surpass in parts. Neuroscience is missing, ethics are missing. Pigs are cute and the joint prediction is relatively interesting but not groundbreaking.

A bit later Elon encouraged people to apply for a job at Neuralink, but he did it in a way that didn’t exactly spark joy in the neuroscience community:

The dissonance between "we don't know much about the brain tbh" and "we'll be able to stream meaningful information directly into your brain and make you super smart".
It's either one or the other, unless they make major advances in understanding the brain. (Which would be great)

Konrad, he also said COVID will be over in April. Generating random statements, without adequate knowledge but with unearned confidence to serve one's business, is NOT reasonably defendable-even if Konrad agrees w it. Classic non-expert overconfident techbro elevating themselves.

Now, I’d say the tweet comes off as pretty arrogant but understandable from an engineering point of view: In comparison to what the brain does, we don’t know very much about how it works exactly. The thing is: we do know things, but the brain is so vastly more complex that what we know pales in comparison to what we don’t know. So, “teaching on the job” is not exactly a great way to get a comprehensive understanding. But, and that remains true since the company has started, the bottleneck at this point for Neuralink is likely still the engineering part. So considering his goals, Elon makes the right call by attracting mainly engineers.
Whether this is the right call considering other goals like an ethically sound and
scientifically validated approach to BMIs is a different question…

But, with all this being said, let’s finally have a look at the juicy part, the most important aspect of Neuralink: 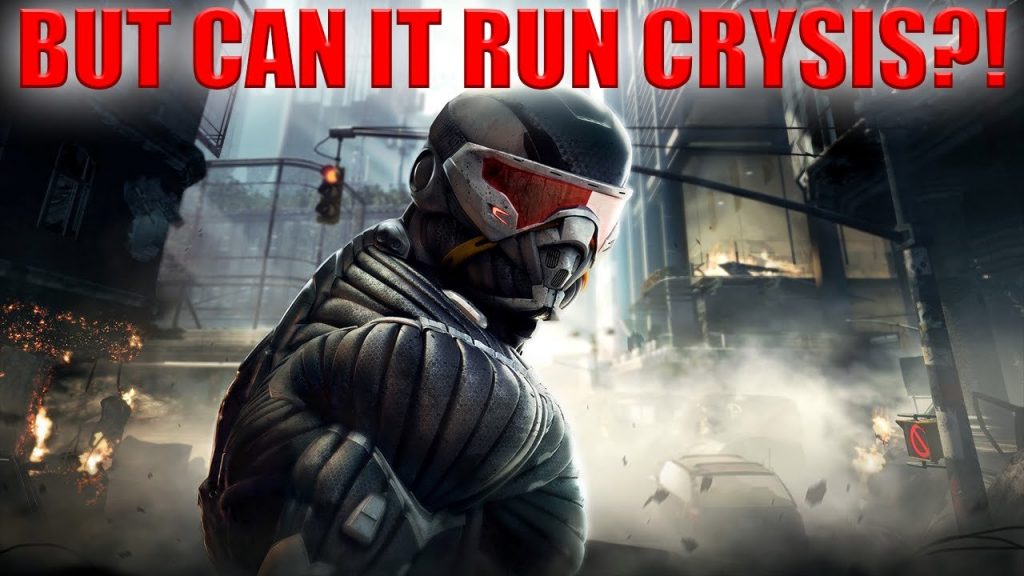 Jokes aside, gaming is going to be an important aspect of Neuralink. Gaming, or more specifically, entertainment, has always been a driver of technology. Especially the combination of BCI and VR is one that excites people and lets the imaginations run wild:

Before the Valve Index VR Headset was released, there were already (very wild) speculations, that Valve could be working with Neuralink. Now, although this was likely more of a joke, the discussion is interesting to follow. The entire topic was sparked not only by mere fantasy, though, as Mike Ambinder had already held a talk about BCI in gaming at the 2019 Games Developer Conference. A talk that I highly recommend watching by the way, as people at Valve seem to have a pretty decent grasp about what BCI can and cannot do (as opposed to other companies, for example Facebook, where people seem to be convinced that typing complete sentences with a BCI is a viable approach in the near to mid future). But the interest at Valve does not only come from the psychology department. On the contrary, Gabe Newell himself has stated that he’s convinced BCI will be part of gaming, which has sparked enthusiastic discussions in the community, and his son Gray Newell had a long conversation about the topic, too.

I don’t write about all this because of Valve specifically, but rather to show how much interest this topic finds in the community. Players want this, especially VR players.

Back to Neuralink: What can it do for gaming? Sadly, I’d say not much in the current state. The way it is designed so far is to be used in medical circumstances, for example the classic BCI for cummunication and control of paraplegics or patients with amyotrophic lateral sclerosis (ALS, like Stephen Hawking had it). The device will be first planted at the motor cortex, maybe left and right, and maybe also at the somatosensory cortex. Essentially, it is going to be used instead of muscles, to talk or to steer things. Now, for most of us who are fortunate enough to not be riddled with these diseases, that is not a functionality with a lot of value.

We already have well working Brain-World-Interfaces: our muscles. It certainly would not be worth the risk of opening the skull to get a BMI that replaces them. Musk said that they want  users to be able to play Star Craft II as good as or better than when using a regular mouse and keyboard. I find this highly unlikely with the stuff they showed us and also with the near future projections. It’s not impossible, but the amount of fine-grained control which is necessary here is pretty intense. A thousand or even ten thousand electrodes are not going to be specific enough to steer a mouse with that kind of precision, they’d have to be able to analyze tiny movements which don’t need a lot of mental effort to imagine or execute physically. If you ask me, there is one key point here:

BMIs won’t conquer the market to replace keyboard and mouse.

Why? Well, it simply is not necessary. I can already play games, just replacing the current control scheme is pretty lame. No way anyone is drilling holes in my head for that. In my opinion, the ideas need to go further. And these actually have me excited: With a BMI at the right place, we can tap into the mind of the player, in a way that is simply impossible without. That is the real deal.

I’m thinking of a device that would have to read out intentions (approach/withdrawal, friend/foe, build/destroy, that kind of stuff) and other covert aspects of user state like emotions or mental effort. If you think about what happens in a fast-paced game, it’s pretty intense: “Hit, block, drink potion, switch weapon, cast spell, block again” can easily happen in the time course of a second or two, and this assumes that movement happens more or less automatically meanwhile. Being able to execute these as soon as you even think about them, before your brain even starts the process of moving your fingers, with 100% precision, intuitively, that would be a real improvement. But these are extremely difficult abstract tasks, not something a BMI at the motor cortex can easily deliver.

You’d have to tap into the prefrontal cortex (left gif, or gif if you prefer that…),  which does a lot of rule understanding and planning and also has parts that are deeper and not directly at the skull. Or even entirely different parts like the Anterior Cingulate Cortex (right gif), which is involved in action monitoring and evaluation.

So, as of now I would say Neuralink does not go in the direction of a BMI that actually enhances gaming, they just don’t aim at the right cortex areas. Their current selling point of motor control replacement directly counteracts the idea of top-level control with a functional gain for healthy players.

However, if they start placing electrodes at areas in the brain involved in more abstract processing, things can get pretty cool indeed! I still think that they will have to find a way to do it without opening the skull, but hey, who knows what the crazy tech enthusiasts of the future will do to their brains?! A BMI that really includes most of the cortex would make gaming and especially multiplayer gaming an entirely new experience. Imagine really communicating on an intuitive level with your teammates, acting as a hive mind to win your game… Seeing things happen at the moment you intend to cause them… that would truly be magical. Alas, this is mere science-fiction for now. We’ll have to see what they come up with, and I will definitely keep you posted! Personally, I can at least imagine Neuralink succeeding in creating devices that go in this direcion.

Still, I will continue to work on the head surface with electroencephalography (EEG) until I find something better. The nice thing is that, unlike a bunch of intracranial electrodes at the motor cortex, a surface EEG does pick up signals from more abstract brain areas, which can be used to measure mental focus, surprise or evaluations of goals. It’s not very good at picking up fine-grained motor execution, but you can still do great things with EEG. For example, these are wonderful measurements to be used for magic in a VR game, so that’s what I do!

If you liked this text, please leave a comment here or in the RVM Discord community, where interested people from gaming and neuroscience can hang out and chat!